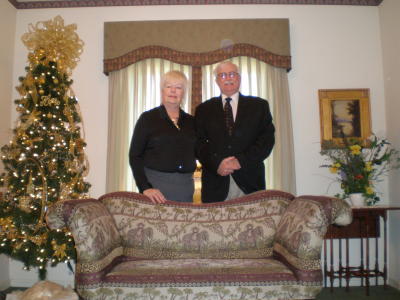 William B. Carpenter, Jr., is a native of New Castle, Delaware. He is the son of Elizabeth Gebhart Carpenter and the late William B. Carpenter, Sr. Bill's funeral interest comes with deep roots. His Grandfather and Grandmother, Chandler H. and Mary Anna Fagan Gebhart established the Gebhart Funeral Home in New Castle, DE in 1919. Bill has been involved in the funeral service since the age of 16, beginning working for his uncle, funeral director Chandler H. Gebhart, Jr. Bill is a 1974 graduate of William Penn High School in New Castle. After serving his apprenticeship, he graduated from Delaware Technical and Community College with an Associates Degree in Fire Protection Technology in 1978. Bill graduated Cum Laude from Cincinnati College of Mortuary Science in 1979 and became a licensed funeral director and embalmer in 1980. He went on to work for Gebhart Funeral Homes in New Castle and Claymont, DE until 1987, when he moved his family to Sussex County, DE. In 1988, Bill became licensed to sell pre-need insurance in Delaware. In 1994, Bill began working as funeral director and manager of Lofland Funeral Home.In August, 2005, Bill and his wife Connie purchased both the Lofland Funeral Home and McKnatt Funeral Home in Harrington, DE.

Bill has served as President of the Delaware State Funeral Directors Association from 1989 - 1991 and was recognized at the Orlando, Florida N.F.D.A. Convention in 1990 for the largest membership growth for any state in the United States for that year. He is a member of the Delmarva Funeral Service Association and is a member of the Harrington, Felton and Greenwood Rotary Club, known as the Hub Club. Bill is Past-President of the Harrington Business Association.

Connie L. Carpenter is a native of New Castle, DE. She was the daughter of the late Robert L. and Viola Reese Hill. Connie was a graduate of William Penn High School in New Castle and graduated from the Delaware Hospital School of Nursing. She worked at the Delaware Hospital in Wilmington, DE in the Peds/ICU department. Connie married Bill on June 6, 1981 at the New Castle Presbyterian Church. 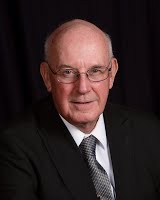