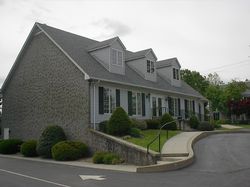 In 1943, Mr. Lofland realized more room would be needed to be able to provide families the quality services they were used to receiving. He moved the funeral home to 219 South Walnut Street, Milford.

In 1946, Joseph S. (Joe) Lofland, Jr. graduated from his father’s alma mater, Eckels College of Mortuary Science and shortly thereafter became a licensed funeral director. He had helped Ruth and Joseph Lofland with the operations of the funeral home as he was growing up.

In 1954, Joe and his wife Dottie purchased the funeral home from his father and mother. Joseph, Sr. stayed active in the funeral business until he was 75 years of age.

Joe and Dottie Lofland provided comfort and service to the Milford area residents for 20 years. During this time, their son, J. Sudler Lofland, III showed an interest in the funeral business and would assist his parents with the day to day operation of the funeral home. In 1971, Sudler graduated from the University of Delaware, and then in 1972, he graduated from the San Francisco School of Mortuary Science and became a licensed funeral director.

In 1984, Joe, Dottie and Sudler decided to move the funeral home to its present location at 102 Lakeview Avenue, Milford. In 1989, Sudler and Joan Lofland purchased the business from his mother and father after they decided it was time to retire. Both Joe and Dottie remained active in the funeral home operations.

In August 2005, Sudler and Joan Lofland decided that they were ready to retire. They sold both the Lofland Funeral Home and the McKnatt Funeral Home to Bill Carpenter and his wife Connie. "My wife and I feel very honored that Sudler and Joan Lofland felt that we would continue with their tradition of excellent service to the communities and families they serve." We look forward to serving you, our friends and neighbors, for years to come. 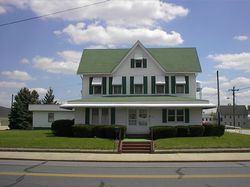 The McKnatt Funeral Home was originally founded in 1887 by Mr. William C. (Billy) Wright. In 1920, an employee, Major Wyatt carried on the tradition Billy Wright had started. Mr. Wyatt married Katie M. Truitt of Federalsburg, MD and they operated the funeral home together for many years.

In 1930, after Mr. Wyatt’s death, Katie Wyatt married Harry L. Boyer. They bought the present site of the funeral home and after extensive remodeling; it became one of the first funeral homes in Southern Delaware.

In 1958, L. Donald McKnatt graduated from Eckels College of Mortuary Science in Philadelphia, PA. During this time, he married Carroll Ward. In 1961, Donald and Carroll McKnatt purchased the Boyer Funeral Home at 50 Commerce Street from Katie Boyer and began the tradition of McKnatt Funeral Home. They resided in the funeral home and raised their five daughters Emily, Debbie, Lou Ann, Kathy and Becky.

In August 2005, Sudler and Joan Lofland decided that they were ready to retire. They sold both the Lofland Funeral Home and the McKnatt Funeral Home to Bill and Connie Carpenter.

On February 1, 2006, the name of the funeral home was changed to the current McKnatt, Carpenter, & Baker Funeral Home. "Connie and I felt it was very important to keep Donald's and Carroll's name as well as including our own names and the name of Charles Baker, a devoted assistant of McKnatt Funeral Home from the first day Donald and Carroll opened the doors."