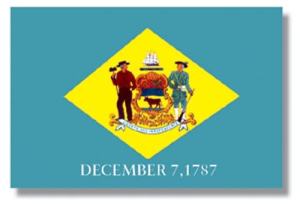 Ruth Ann Minner, Delaware’s first female governor, passed away peacefully on Thursday, Nov. 4, under the care of Delaware Hospice in Milford, surrounded by her family.

Born in Milford, Governor Minner got her start in politics as an aide in the Delaware House of Representatives and as a receptionist in the office of former Delaware Governor Sherman Tribbitt. She was elected to the House of Representatives in 1974, serving four terms before being elected to the state Senate in 1982, where she served for 10 years. In 1992, she became Delaware’s first lieutenant governor, a position she held until being elected governor in 2000, a position she held until January 2009.

As a girl growing up near Milford, Governor Minner left high school at 16 to work on the family farm. She later married Frank Ingram and had three children. When her husband died suddenly, leaving her as a young, single mother at the age of 32, Governor Minner found a job so she could support her family, but needed a car to get back and forth to work. She often told the story of the banker asking for her husband’s signature before he would grant her a loan to buy a new vehicle. Frustrated that a woman needed a man’s signature to get a loan, Governor Minner decided she was going to work for change through a career in politics. She earned her GED in 1968 and later attended Delaware Technical Community College, while working two jobs to support her family. She married Roger Minner in 1969, and they operated a towing business together before Roger died of cancer in 1991.

During her decades in public service, Governor Minner was a strong advocate for education, health care, and the environment. As part of her commitment to reducing Delaware’s cancer rates, she signed into law the Clean Indoor Air Act, which banned smoking in most public indoor spaces in Delaware, including restaurants, bars and casinos. In addition, she signed a resolution in 2001 to create the Delaware Advisory Council on Cancer Incidence and Mortality, later known as the Delaware Cancer Consortium, which resulted in Delaware leading the nation with free cancer screenings and treatment for the uninsured.

Passionate about education, Governor Minner signed legislation creating the SEED (Student Scholarship Equals Degree) Scholarship Program, which offered free college access for students in Delaware, a first for the nation. She also signed legislation placing reading specialists in every elementary school, math specialists in every middle school, and piloting full-day kindergarten in the state. In addition, the farmland and forestland preservation bills she signed into law have helped to protect and preserve the rich agricultural heritage of her native state for generations to come.

A true role model, Governor Minner blazed a trail for women in Delaware, never afraid to make difficult decisions and stand her ground, even at times when she was the only female in the room. A working mother, she was supportive of all working parents on her staff, and there was never any doubt she always put family first. She clearly valued her strong family bonds and was always happy to share stories of her children, grandchildren, and great-grandchildren.

A viewing will be held from 2 – 4 pm and again from 6 – 8 pm on Tuesday, November 9, 2021 at the Milford Church of the Nazarene, 11 Salevan Place, Milford. Another viewing will be held from 11 am to 12:45 pm on Wednesday, November 10 with services beginning promptly at 1 pm. Following covid protocols, masks will be required in church. Burial will follow in Slaughter Neck Cemetery, Argo’s Corner, Milford.

To send flowers to the family or plant a tree in memory of Ruth Ann Minner, please visit our floral store.