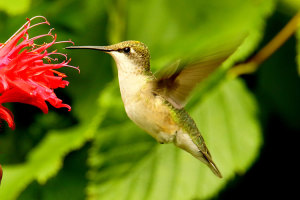 Robert L. Knapp, 77, of Milford, DE passed away peacefully on Tuesday, May 5, 2020 at home. Robert was born in Elizabeth, NJ the son of the late William and Eleanor (McGrath) Knapp. He was an undergraduate of Seton Hall University and received his master’s degree from the University of Wisconsin. Robert proudly served our country in the U.S. Army during the Vietnam War. After the war he worked as a college professor, before going on to work in Pharmaceutical Market Research; which gave him the opportunity to travel the world.

He elated in the simple pleasures of spending time tending to his gardens. Planting flowers, and growing a variety of herbs and vegetables, he would generously share the bounty with the community often. Bob cherished being close to nature, and was a friend to animals of all kinds. He loved traveling with his family, photography, cooking, baseball, classical music, the arts, and he especially enjoyed birdwatching. His favorite bird being the hummingbird. In addition to his parents, he was preceded in death by his two brothers Ronald Knapp and William Knapp.

In lieu of sending flowers, our family asks that any offerings or donations be made instead to the Delaware YMCA. We thank you for your kindness and generosity.

We very much want to honor Robert’s life and together share our appreciation of his contributions to the community, however, in consideration of the current public health environment, and to protect the health of Robert’s family and friends, services will be private in the Delaware Veterans Cemetery, Millsboro. Arr. by Lofland Funeral Home, Milford, DE. Letters of condolence may be shared with the family at: www.loflandandmcknatt.com

To send flowers to the family or plant a tree in memory of Robert L. Knapp, please visit our floral store.