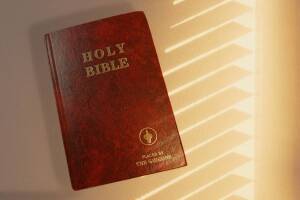 John Townsend "Jack" Fitzgerald, Jr., 83, of Lincoln, DE passed away peacefully at home surrounded by his loving family on Monday, September 21, 2020. Jack was born in Milford, the son of the late John Townsend and Lillie Gertrude (Spicer) Fitzgerald. He was a graduate of Milford High School. Jack was the President of Fitzgerald Salvage and Recycling, Inc. in Lincoln, where he coined the slogan “We recycle cars, Jesus recycles people.”  He was a longtime member of the Gideons, as well as a member of Crossroad Community Church, Georgetown and the Lincoln United Methodist Church, where he served as a Sunday School teacher for many years. He started the Milford Chapter of Full Gospel Businessmen's Fellowship International and the Couples Advance which was held yearly for 25 years. Jack was also instrumental in starting the Delaware Auto Truck Recyclers Association, which he was active in for many years. At the age of 16, Jack started racing stock cars and continued to do so for many years, racing at many of the local tracks like Delmar, Georgetown, Harrington, and, of course, Little Lincoln. His family was very important to Jack, especially his grandchildren and great grandchildren, who he loved dearly. Most important to Jack was his faith in God.  He often quoted Hebrews 11:1 “Now faith is the substance of things hoped for, the evidence of things not seen” and applied it to every aspect of his life.  He and his wife Karen welcomed many people, young and old, into their home for prayer meetings and Bible studies, and mentored and counseled countless people over the course of many years.  They attended lay witness missions all over the mid-Atlantic area spreading the gospel of Jesus Christ wherever they went.  In addition to his parents, Jack was preceded in death by his two brothers Alvin L. Fitzgerald and Gene W. Fitzgerald and one sister Ann M. Wiley.

To send flowers to the family or plant a tree in memory of John Townsend "Jack" Fitzgerald, please visit our floral store.