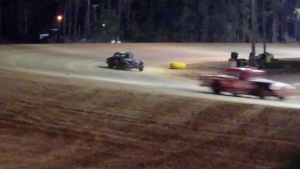 Glenn Allen Wilson, Houston, passed away on Saturday, April 17, 2021 surrounded by his wife, son, daughter, sister, brother-in-law, and Pastor, he was 70 years old.  He was born on July 10, 1950 to the late Ralph A. and Eileen Wilson of Houston, DE. Glenn drove stock cars for many years on local dirt tracks in lower Delaware.  He, his dad and several of the “local Houston boys” worked every night to have the car running on Friday and Saturday nights.  During his racing days Glenn, Eddie Pettyjohn and Bill Towers traveled to Georgia to  drive stock cars, as extras, in the Richard Pryor movie, “Greased Lighting”. Following graduation from Milford High School in 1968, he and another “Houston guy” enlisted in the US Navy on the “buddy” plan.  Glenn served in Gaeta, Italy, as a fireman, aboard the USS Little Rock until his honorable discharge in 1970. He always had a desire to race….when he gave up racing cars that skill spilled over to racing and training Standardbred Harness Horses for several years.  He raced at tracks in Delaware, Virginia, Maryland, New Jersey, New York and Ohio.  He was a member of the US Trotters Association. His early hands-on experience, at home, with his dad and his training in auto mechanics his lifetime occupation of “fixing and repairing” cars came natural.  When he returned home from the Navy he was a mechanic for the DE State Police until he opened his own auto repair business.

To send flowers to the family or plant a tree in memory of Glenn Allen Wilson, please visit our floral store.