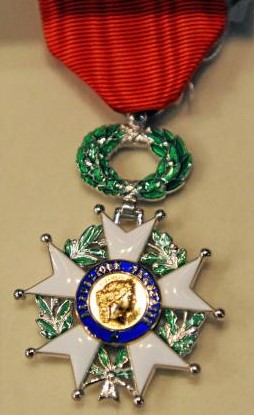 Ellan J. Levitsky Orkin, 99, of Milford, DE passed away peacefully on Wednesday, November 20, 2019 in her home. Ellan was born on December 27, 1919 in Woodstown, NJ the daughter of the late Isidor and Fanny (Freihon) Levitsky.

Ellan went to Salem High School and graduated in 1937. She attended Northeastern Hospital School of Nursing in Philadelphia, PA and graduated in 1941. She served in WWII in the Army Nurse Corp. serving in Normandy and attained the rank of 1st Lieutenant. Following the war Ellan worked at Milford Memorial Hospital for 20 years, as a private nurse. Ellan was awarded the French Legion of Honor medal, which is the highest distinction for service in France.

Ellan married Benjamin Orkin on November 11, 1946. He preceded her in death in 1995. She is also preceded in death by two sisters, Molly Levitsky and Dorothy Levitsky Sinner; and her beloved cat Mademoiselle.

She is survived by the daughter of her heart Kimberly Fischer and her beloved niece Tina Rambo; to her almost adopted son and his wife Frank and Rosie Johnson; Joseph and Lois Rosenzweig; her nieces and nephews Rubin and Sharon Pikus, Rabbi David and Annie-bug Pinkwasser, Taube and Jack Carpenter, Harry Orkin, and Harriet and Ed Miller; and her caretakers Towanda Thomas, Aletha Stanley, Pat McTheny, Coretta Neal, Cheryl Shear and Oneida Mullen. I love them all!

Graveside services with military honors will be held at 11 am on Sunday, November 24, 2019 at Sharon Hills Memorial Park, 2928 Sharon Hill Road, Dover, DE. In lieu of flowers, it was Ellan’s wish for you to take a friend to lunch or Brandywine SPCA in honor of Mademoiselle. Letters of condolence may be sent to www.loflandandmcknatt.com.