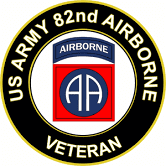 Veteran, Musician, and Retired Educator
Dr. Gerald Wayne Thompson was born in Dover, DE  as the youngest of 3 siblings. He grew up on Forrest Avenue and graduated from Dover High School in 1965.  He was preceded in death by his parents Carroll & Emma Thompson, his brother Carroll Thompson, his sister Carolyn Dill and his companions Duke and Dax.

His mother's love for playing the organ prompted her to start early piano lessons for Jerry.  He soon negotiated a drum set and fell into the beatnik crowd as the drummer of the "Dimensions" playing gigs during his high school years. After high school, he enlisted in the US Army and attended multiple schools in order to learn the skills he would need in a world most of us are fortunate not to know.  In March 1967,  he arrived “in country,” Vietnam, where he served as an 82nd Airborne Ranger LRRP attached to 173rd Infantry, 23rd Infantry and Americal division. His services were not in rank and medals, but instead, a patriotic commitment to a nation. Those who know and love him understand his service was more than any government should responsibly ask.

On August 18, 1968, Jerry left Vietnam and met a beautiful girl who became the love of his life, Colleen Ann Connell.  Returning home, Jerry attended Wesley College and Delaware State University pursuing his love of music. He was able to persuade Colleen to move out of the Big Apple, and they started their family in Milford, DE.  In 1972, Jerry started at Milford High School as the music teacher and band director.  He joked that he had found a full time gig jamming with other musicians. At Milford, Jerry had the fortune of handing both his daughters their diploma, a moment he considered special as a parent and educator.   "T" was most fondly remembered for the connection he made to others.  We knew he was most alive when he was creating positive experiences for kids growing up while enjoying music and the theater.  Band Camp, endless band trips, musicals, concerts, performances, football games, band boosters, softball, and local bands were all ways he connected with others.  In Milford, Jerry was committed to  uplifting the community from all angles, for students, colleagues, parents, and the community.
Jerry promised his mother he would continue to learn, and he did.   He continued his music studies in the summers and earned a graduate degree, Master of Music, from West Chester University in 1980. Later, it was from his daughter, Shannon, that he grew a love for Softball and rushed his sports learning curve to be able to volunteer in Little League and become a travel ball parent.  In 1998, Dr. Thompson graduated from the University of Maryland with an Ed. D. in Education  and published a manual for high school band directors. After retirement,  Dr. Thompson filled in for a band director  at  North Caroline County High School in Denton, MD and  decided to stay longer.   There, he not only continued to share his joy of music, but  proudly coached jv softball during a time when the Varsity won the state championship.  At Caroline County,  he was called  “Doc T.”

Dr. Gerald Thompson served as the Commander of Blue Hen Post VFW 6483.  His proudest moment was the Post’s induction of two World War II nurses who were sisters. He was a lifelong musician. Jerry played the drum set, keyboards, saxophone, and other instruments with the Milford Smooth sound and Dixieland bands. It was in May of 2021 when Jerry put down instruments for the last time.  His heart was figuratively and literally broken.

Jesus Love Temple will host visitation on Saturday,  October 2nd from 9 am until noon.  Service will start at noon.  In lieu of flowers,  please consider a donation to the United Service Organization, USO  at donorsservices@usa.org or the Home of the Brave at homeofthebravefdn.org. Arr. by Lofland Funeral Home, Milford. Letters of condolence may be shared with the family at www.loflandandmcknatt.com.

To send flowers to the family or plant a tree in memory of Dr. Gerald Wayne Thompson, please visit our floral store.