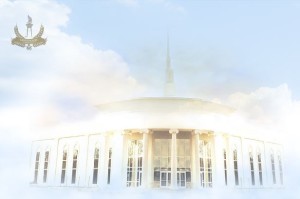 Douglas Arnold Seal, 75, of Houston, DE passed away peacefully into the arms of our Lord and Savior on Friday, April 3, 2020. Doug was born in New Orleans, LA the son of the late Frank B. and Retha (Whatley) Seal. He was a graduate of McNeese State University in Lake Charles, LA with a bachelor’s degree in both Math and Science. He worked as a technical salesman for Firestone Synthetic Rubber and Latex for 30 years before retiring in 2000. He also was an ordained United Pentecostal Minister and pastored both the United Pentecostal Church in DeQuincy, LA and the First United Pentecostal Church in Kankakee, IL. Once he and his wife Anna moved to Delaware, Doug continued his pastoral care  ministering at Genesis Eldercare in Milford as well as serving his brother-in-law Pastor Royce Andrus at the Lighthouse Christian Center in Milford as a member of the Ministerial Team, as an usher, as a member of the choir, and anywhere that the need would arise at the church. Doug also worked as a substitute teacher, teaching at Lake Forest High School, Milford High School and at W. T. Chipman Middle School. In addition to his parents, Doug was preceded in death by his sister Faxon Russell and a granddaughter Hollie Faith Seal.

We very much want to honor Doug’s life and together share our appreciation of his contributions to the community, however, in consideration of the current public health environment, and to protect the health of Doug’s family and friends, services will be private.

A Celebration of Doug’s Life will be announced at a later date. In lieu of flowers, the family suggests contributions be made in Doug’s name to the Lighthouse Christian Center, 347 Calvary Road, Milford, DE  19963. Arr. by Lofland Funeral Home, Milford. Letters of condolence may be shared with the family at www.loflandandmcknatt.com.

To send flowers to the family or plant a tree in memory of Douglas A. Seal, please visit our floral store.

You can still show your support by sending flowers directly to the family, or by planting a memorial tree in the memory of Douglas A. Seal
Share a memory
© 2020 Lofland Funeral Home. All Rights Reserved. Funeral Home website by CFS & TA