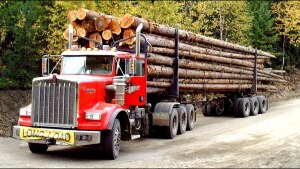 Donald MacDonald, Jr. of Federalsburg, passed away on January 16, 2021 in Nanticoke Hospital in Seaford after a brief illness. Born on August 5, 1938 in Denton, he was the son of the late Donald and Elizabeth MacDonald. He was involved in logging and trucking for most of his working career. Mr. MacDonald was preceded in death by his wife of 56 years Janice Messick MacDonald who passed away on December 25, 2014., a sister Elva VanSchaik and a daughter Deborah Moore.

He is survived by a brother Marvin MacDonald adn his wife Jean; four children Donnie P. MacDonald III, Cindy Callaway and her husband Dale, Philip MacDonald, Sr. and his wife Lois, and Christy Breeding; 10 grandchildren; 17 great grandchildren; several nieces and nephews as well as a special friend Beverly Johnson. Funeral services will be private. Arr. by Lofland Funeral Home, Milford, DE. Letters of condolence may be shared with the family at www.loflandandmcknatt.com.

To send flowers to the family or plant a tree in memory of Donald MacDonald, Jr., please visit our floral store.